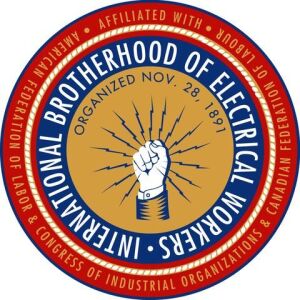 William Jeffery “Bill” Norvell, age 81, of Auburn, Illinois and formerly of Mt. Sterling, Illinois passed away at 2:02 a.m. Monday, August 8, 2022 at the home of his daughter in Spaulding, Illinois.

He was born January 29, 1941 in Quincy, Illinois the son of Herman Harold and Cleo Beatrice Campbell Norvell.  He married Laura Karen Patterson on May 1, 1965 at St. Mary’s Catholic Church in Mt. Sterling and she preceded him in death on February 18, 2008.

Bill served with the International Brotherhood of Electrical Workers for over 40 years retiring as the 6th District International Representative in 2003.

He graduated from Brown County High School and then served his country in the United States Army from 1959 until 1962.

He was preceded in death by his parents, 2 brothers Robert and Rich Norvell and 1 sister Phyllis Lappin.

Funeral services will be held at 1:00 p.m. Thursday, August 11, 2022 in the Hendricker Funeral Home in Mt. Sterling with Father Aaron Kuhn officiating.

Those unable to attend the services are invited to watch Bill’s funeral service live on his obituary page of the funeral home website hendrickerfuneralhome.com.

Burial will follow in the Mt. Sterling City Cemetery.  A military service will be conducted at the graveside by the Illinois National Guard Funeral Honors Detail and the Mt. Sterling American Legion Post #374.

Visitation will be one hour prior to services on Thursday at the funeral home.

Memorials are suggested to the St. John’s Breadline.

Condolences for the family may be left on line at hendrickerfuneralhome.com.

To send flowers to the family, please visit our floral store.

Video is available for this event